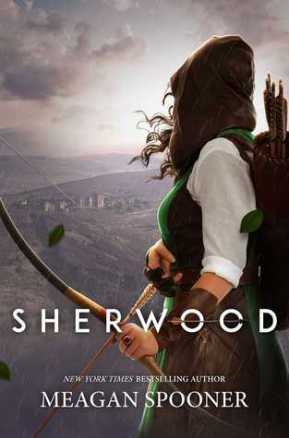 Robin of Locksley is dead.

Maid Marian doesn’t know how she’ll go on, but the people of Locksley town, persecuted by the Sheriff of Nottingham, need a protector. And the dreadful Guy of Gisborne, the Sheriff’s right hand, wishes to step into Robin’s shoes as Lord of Locksley and Marian’s fiancé.

Who is there to stop them?

Marian never meant to tread in Robin’s footsteps—never intended to stand as a beacon of hope to those awaiting his triumphant return. But with a sweep of his green cloak and the flash of her sword, Marian makes the choice to become her own hero: Robin Hood.

I’m surprised to see mixed reviews for this – I really enjoyed it! I think it’s possibly because it’s historical fiction with a side of romance (though both of those are not normally my favourite thing lol!)

I love that it played closely to the story of Robin Hood that I know so well, but also allowed for the twist of Marian being Robin. I think it was very well thought out – it allowed for Marian to be taller and good at “boyish” activities while still making her a lady – her dresses, hair, her interactions were all with her accepting that was how life was even while rebelling against it.

The romance elements were also actually pretty good (I know – is it even me writing this?!). Marian’s relationship with Robin was lovely and I loved the depth that the flashbacks provided. But I also enjoyed her realising that she may not have known him as well as she thought. **MILD SPOILERS IN REST OF PARAGRAPH** And her interactions with Guy, and how their antagonism changes into a sort of grudging respect / love. I like a good enemies to lovers trope, but I also like why it happened in this case and the insight we get into Guy’s character.