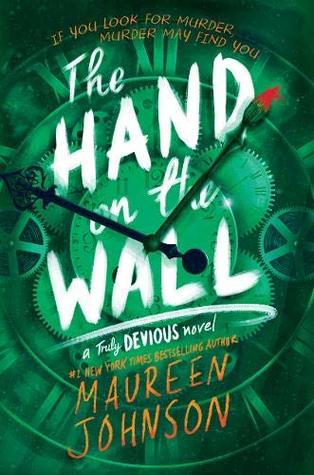 Ellingham Academy must be cursed. Three people are now dead. One, a victim of either a prank gone wrong or a murder. Another, dead by misadventure. And now, an accident in Burlington has claimed another life. All three in the wrong place at the wrong time. All at the exact moment of Stevie’s greatest triumph…

She knows who Truly Devious is. She’s solved it. The greatest case of the century.

At least, she thinks she has. With this latest tragedy, it’s hard to concentrate on the past. Not only has someone died in town, but David disappeared of his own free will and is up to something. Stevie is sure that somehow—somehow—all these things connect. The three deaths in the present. The deaths in the past. The missing Alice Ellingham and the missing David Eastman. Somewhere in this place of riddles and puzzles there must be answers.

Then another accident occurs as a massive storm heads toward Vermont. This is too much for the parents and administrators. Ellingham Academy is evacuated. Obviously, it’s time for Stevie to do something stupid. It’s time to stay on the mountain and face the storm—and a murderer.

I have enjoyed this series so much, it’s honestly such a good murder mystery and fun to read. Also, it makes sense that Stevie is trying to solve it, and they actually talk about if adults should be involved, and have adults they can talk to, which is nice for YA mystery, and hard to get right.

Stevie continues to be a character I really enjoy, even though I can see why some don’t. And I love how her obsession shows, along with her anxiety, it’s really well done. I still find David hard to like, but we do finally get a little more of a glimpse of why Stevie likes him. But he’s still problematic AF, not going to lie. And I wanted him to see more consequences for some of what he does (not from his dad, but just in general, and with Stevie etc).

I do love Vi and Janelle ❤ And Nate is super cute too – I love his brand of introversion.
We get nice little flashbacks to the past to make things clear to us, but it still makes sense how Stevie starts to put more and more together – despite knowing who was responsible for the kidnapping, we still get context and also get so see how she makes intuitive jumps that I was impressed by. I love the historical mystery so much, and how Stevie finds what she needs.

In terms of the modern mystery, I was a little disappointed with the villain of it all – I kept expecting a twist. But I did love Stevie’s thought process.

This is an easy 4.5 star read for me and a strong end to the series. I can’t wait to reread it all in one go at some point 🙂

Buy The Hand on the Wall from Amazon UK.